With the introduction of the Intel® RealSense™ Depth Camera D435i and Tracking Camera T265, the librealsense SDK has been enhanced to support and effectively utilize the functionality provided by these new sensors.

The T265 tracking camera utilizes the same IMU sensor as the D435i. However, unlike the D435i, which delivers the raw IMU data directly to the host PC, the T265 redirects IMU readings into an Intel® Movidius™ Myriad™ 2 Vision Processing Unit (VPU). The inertial sensor data is also complemented by video from two fisheye monochrome sensors that are fed into the VPU as well.

The VPU employed with T265 is capable of fusing inertial and video sensors to produce a reliable and persistent six degrees of freedom (6DOF) pose, offloading the CPU-intensive calculations from the host PC.

The following table summarizes the features and capabilities of the two devices (T265 vs D435i):

The resulted orientation angles and acceleration vectors share the coordinate system with the depth sensor. 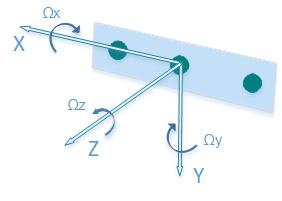 The angles are also compatible with OpenCV convention for pinhole camera model. 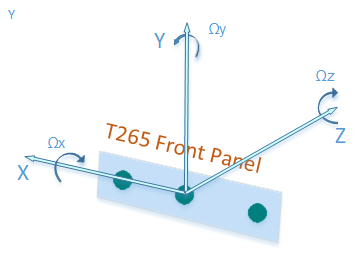 The center of tracking corresponds to the center location between the right and left monochrome imagers on the device.

The IMU sensor does not include internal calibration, which may manifest itself with non-zero angular velocities produced at idle mode and the gravity (accel) force measured being not equal to 9.80665 m/s2. In order to rectify those inaccuracies, the T265’s IMU sensor is calibrated in the production line.

For D435i the IMU sensor is not calibrated, hence a free calibration tool is available as as part of the SDK. Running the calibration routine will calculate IMU intrinsic covariance and zero offsets, and then store them on device’s NVRAM for later use in SDK. The depth<->IMU sensor extrinsic (rigid body transformation) is precalculated based on mechanical drawings and cannot be modified. When initialized, the SDK will query the device for the existence of the IMU calibration data, and if present – apply it to the raw IMU samples produced by the device.

Integration with the SDK

The following librealsense tools and demos are IMU and tracking-ready: 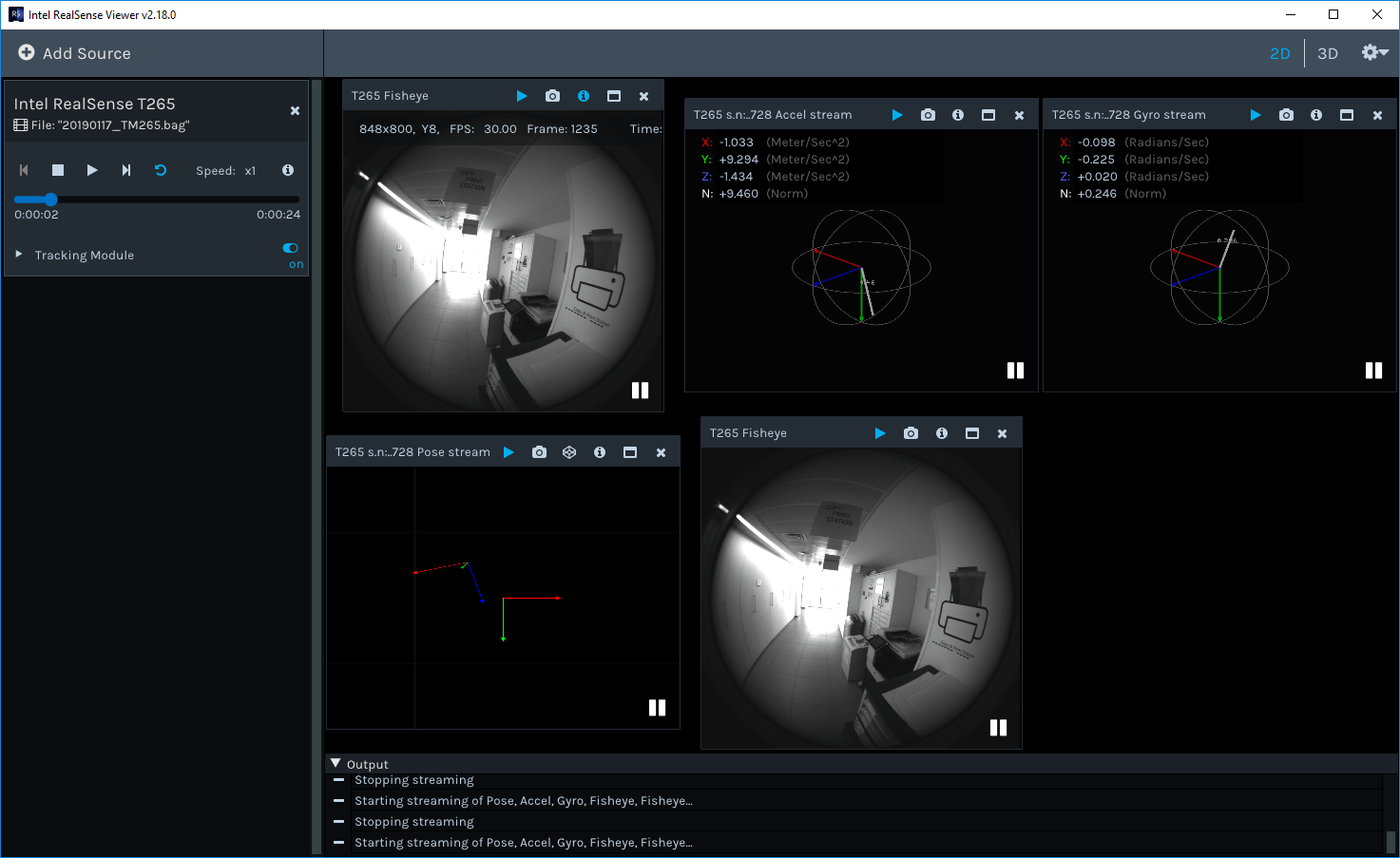 The IMU and tracking sensors are treated by the SDK like any other supported sensor. Therefore the sensor access and invocation API calls are similar to those of the depth/rgb sensors of D400 and SR300:

See our GitHub for more details.

The IMU and tracking sensors are currently supported on Windows and Linux* OS. Linux OS requires the kernel patches to applied either manually or via the librealsense2-dkms package.
macOS* and Android* support is planned but there is still no firm timeline.