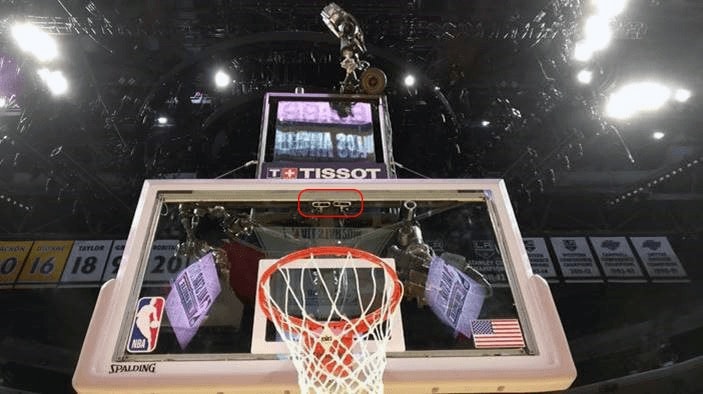 Today, professional sports is one of the largest industries. One game, one team, one player, one moment can have millions of dollars on the line. Those moments are moments of uncertainty. Can we ever know what is going to happen in the future? Can we know which player to draft, which one will consistently perform?

Sports analytics today track everything, in the hope of answering those questions with certainty. Everything from sleep, food, marital status, training time, and of course, every moment of every game in an athlete’s career. You may be familiar with some of the concepts behind sports analytics if you saw the 2011 film Moneyball, or read the book of the same name it was based on. Moneyball was a story about sabermetrics, the field of statistical analytics that applies directly to baseball stats.

For basketball, there’s a similar field of study, ABBRmetrics. In ABBRmetrics, analysts look at things like points scored per hundred possessions on offense, or points allowed per hundred possessions on defense. Field goal percentages of 0.5 or higher are considered good scores – a player with a FG% of 0.5 has made 50% of the field goals they attempted.

Field goal % is historical, however. It can give you greater confidence in a specific player – statistically, a player with a higher score is more likely to make the next basket than one with a lower score, however, a player with a score of 0.8 who has missed one shot is not guaranteed to then make the next four attempts they make. FG% stats can give you a trend, but can’t really predict what will happen – why you should put one player in compared to another.

So what kind of data do we need to more accurately predict which players will always have the best odds of making the crucial game winning point? How do we coach players to reach their maximum potential? And how do we do that in real time? Some existing methods of player analysis involve looking at videos, using geometry, trigonometry and calculus to determine, given a player’s height, what the best angle they player should take to get a perfect shot. This method of analysis is laborious, difficult to implement and collect. Each shot must be calculated separately. Collecting enough data to be predictive is again, hard to do.

In the recent NBA All-Star game Three-point contest, a company called RSPCT changed all of that. Using Intel® RealSense™ Depth cameras, RSPCT’s system tracks every basket, made or not, with vastly improved precision. (Read more about RSPCT at the NBA All-Star game.) By placing a single Intel RealSense depth camera on the backboard – in a variety of configurations depending on the type of backboard – RSPCT can track not only whether a ball crosses the rim but where exactly it crosses with millimeter accuracy, where the player is shooting from, and the speed and angle of the ball. All the complex calculus, trigonometry and geometry are done in an instant – so quickly, that analytics can be displayed in real-time. For every player, not only can we now know exactly where every ball went, but with RSPCT, you can see where a player should try and take shots from because you can see from which position their shooting is most consistent.

Predicting the Next Basket

If a player generally makes their baskets, but they’re clustered to the left, or spread around the hoop, they may not be as consistent as someone who sinks the ball more centrally every time they shoot. With RSPCT’s technology featuring Intel RealSense depth cameras, you can not only analyze each player from each position on the court, but you can build an accurate picture of their data very quickly. They didn’t sleep well last night? You can accurately see what that does to their shooting. More data gives coaches the ability to make better decisions.

Accuracy is the answer. Only with millimeter accuracy of where the shot crossed or should have crossed the plane of the rim, can you understand and even predict, shooting.

Shooting success is made by making the most shots grouped and centered. Consistency in shooting leads to predictability and that’s where RSPCT and Intel RealSense technology can help. The technology analyzes the ball in its trajectory towards the rim in high resolution, and is able to extract speed, arc and exact hit location. It can even extrapolate back and know where on the court the shot originated.

This technology can also help players maximize practice and improve their goal percentage. Immediate results mean real-time feedback. A player can shoot 20 shots, see the results, and try and modify their shots accordingly. Better data helps a player improve faster. While this technology is starting with the highest levels of professional basketball, RSPCT has partnered with Intel with the Intel RealSense cameras to make their technology available to basketball players of every level.  The cameras add minimal weight to the basket and is simple to install and setup with RSPCT – making it a tool for not just NBA players but for every basketball player who wants to improve their game.