The basics of stereo depth vision

In this post, we’ll cover the basics of stereoscopic vision, including block-matching, calibration and rectification, depth from stereo using opencv, passive vs. active stereo, and relation to structured light.

Regular consumer web-cams offer streams of RGB data within the visible spectrum that can be used for object recognition and tracking, as well as basic scene understanding.

Using a depth camera, you can add a brand‑new channel of information, with distance to every pixel. This new channel is used just like the others — for training and image processing, but also for measurement and scene reconstruction.

Depth from Stereo is a classic computer vision algorithm inspired by the human binocular vision system. It relies on two parallel view‑ports and calculates depth by estimating disparities between matching key‑points in the left and right images: 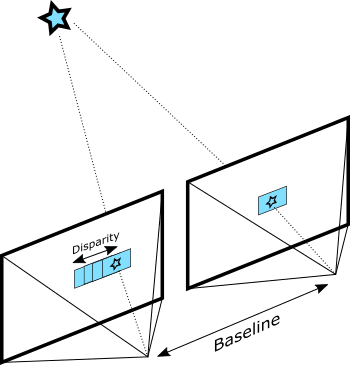 Most naive implementation of this idea is the SSD (Sum of Squared Differences) block‑matching algorithm:

Rectified image pair used as input to the algorithm 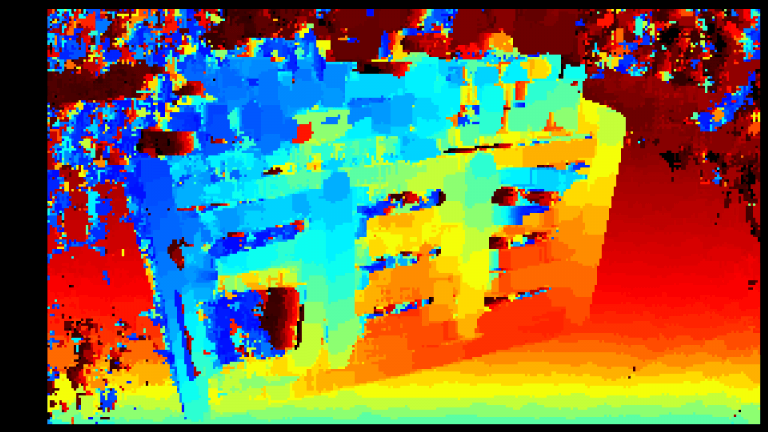 There are several challenges that any actual product has to overcome:

Having two exactly parallel view‑ports is challenging. While it is possible to generalize the algorithm to any two calibrated cameras (by matching along epipolar lines), the more common approach is image rectification. During this step left and right images are re‑projected to a common virtual plane:

OpenCV library has everything you need to get started with depth:

The average running time of stereobm on an Intel(R) Core(TM) i5‑6600K CPU is around 110 ms offering effective 9 frames‑per‑second (FPS).

The quality of the results you’ll get with this algorithm depends primarily on the density of visually distinguishable points (features) for the algorithm to match. Any source of texture — natural or artificial — will significantly improve the accuracy.

That’s why it’s extremely useful to have an optional texture projector that can usually add details outside of the visible spectrum. In addition, you can use this projector as an artificial source of light for nighttime or dark situations.

Structured-Light is an alternative approach to depth from stereo. It relies on recognizing a specific projected pattern in a single image.

Structured‑light solutions do offer certain benefits; however, they are fragile. Any external interference, from the sun or another structured‑light device, will prevent users from achieving any depth.

In addition, because a laser projector must illuminate the entire scene, power consumption goes up with range, which often requires a dedicated power source.

Depth from stereo on the other hand, only benefits from multi-camera setup and can be used with or without projector. 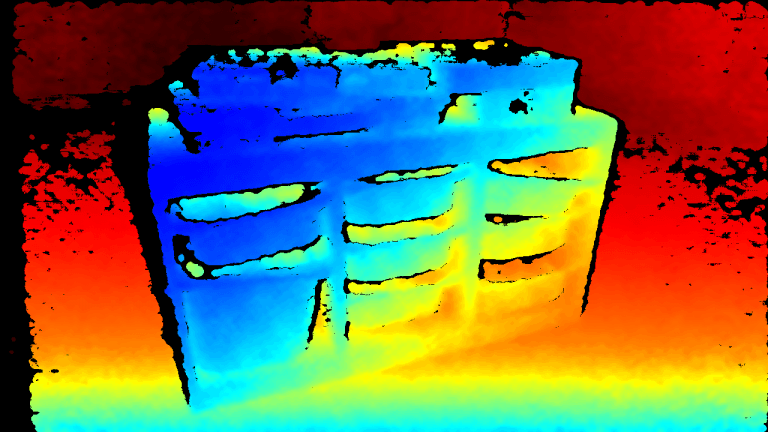 Check out these resources for more info: