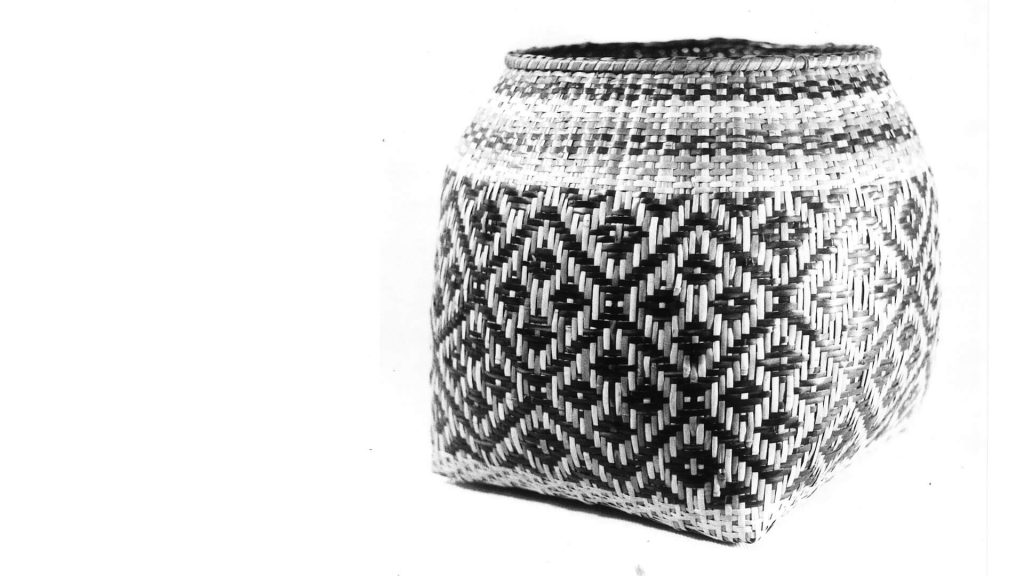 What is cultural preservation?

Today’s world is increasingly well connected, whether that’s through technology like the internet, or increased travel and fluid immigration. Where once our societies may have remained virtually unchanged for centuries, divided by oceans, mountains and rivers, today we can talk to someone on the other side of the world instantly. We can share media and ideas with ease, with every person on the planet. Which ideas get shared, which cultures dominate, can often come down to which cultures have the most power either economically or politically. When we talk about our culture and heritage, this consist of both tangible things like historical artifacts or buildings, but also intangible things like language, rituals and customs. 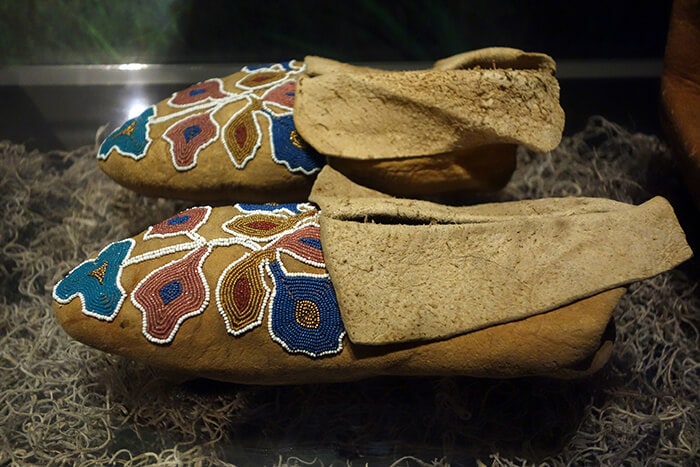 Cultural heritage is subject to a variety of pressures over time – any significant pressure on a population can change the cultural practices quite rapidly. For example, pressure to change or adapt to new or spreading religions, or the need to move to a new place with new languages can erase previous traditions very quickly without active effort to retain them.

The challenges of modernization

For the past century or so, modernization especially has created significant pressure on non-western cultures, with the modernization paradigm assuming that industrialism and modernism constitute a liberalizing and progressive force, and so western societies provide a model that should be followed by developing natures, even in the cultural realm. This assertion is obviously subject to challenge; the assumption that the answers western culture has to give are always correct is one that can easily be proven false, but because of the power of western media and technology, it’s one that can easily steamroll right over competing cultures.

Between 1950 and 2010, 230 languages went extinct, according to UNESCO, and today, a third of the world’s languages have less than 1000 speakers left, and around every two weeks another language goes extinct as it’s last living speaker dies. Organizations such as Wikitongues seek to record and preserve as many of these languages as they can with volunteers all over the world finding native speakers to have conversations on camera.

Why is cultural preservation important?

Cultural preservation is important for a variety of reasons, not least of which is variety and diversity. Less diversity of thought, of experience and of heritage leaves us poorer as a species. For example, we are starting to re-discover indigenous farming practices which can have significant advantages when compared to current agricultural practices. More than such practical considerations though, cultural preservation is important for connecting us to our roots and identity as part of a larger group of people. Our culture reflects and shapes our values, beliefs and aspirations. Cultural heritage includes a wealth of knowledge and skills transmitted through one generation to the next that have both inherent value and tangible value.

How can we preserve this cultural heritage?

Intangible cultural heritage could die out or disappear without help, but the challenge is to safeguard and manage a heritage that is constantly living and changing, without trivializing or separating culture from meaning. There are a variety of ways to attempt this – through education and transmission efforts, for example. To be kept alive though, cultural heritage must remain relevant to a culture, and be regularly practiced and learned within communities and between generations. The key then, is to find methods to transfer skills, knowledge and heritage that respect both where a culture has come from, and yet keep those skills relevant to the community that exists today.

It may seem odd that the methods being used to preserve culture involve cutting edge technology, but that is exactly the approach being taken at the American Indian Resource Center’s Camp SevenStar in the Cherokee Nation. The mission of the AIRC is to develop culturally appropriate resources to meet the needs of American Indian communities. AIRC provides professional expertise to and on behalf of American Indian tribes, organizations and schools and other interested agencies. As part of the SevenStar Spatial Media Lab, Andrew Dayton is working to build a Native spatial computing network to serve the community as a whole. Students from Stilwell High School and Oaks Indian Mission School participate in the project and are engaged with all aspects of hardware, software and project development. 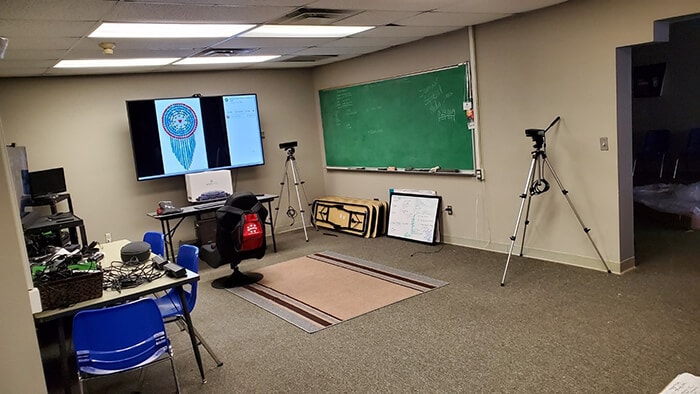 Given the challenges we have already discussed, the approach that the SevenStar Spatial Media Lab is to both simultaneously preserve heritage, while giving students and community members new experiences and skills with technology. As part of that, they are developing methods to gather point clouds in naturalistic and culturally sensitive settings for preservation, visualization, analysis and dissemination. This involves using Intel RealSense depth cameras to capture volumetric videos of Natives interacting in cultural activities as well as creating scans of Native objects. 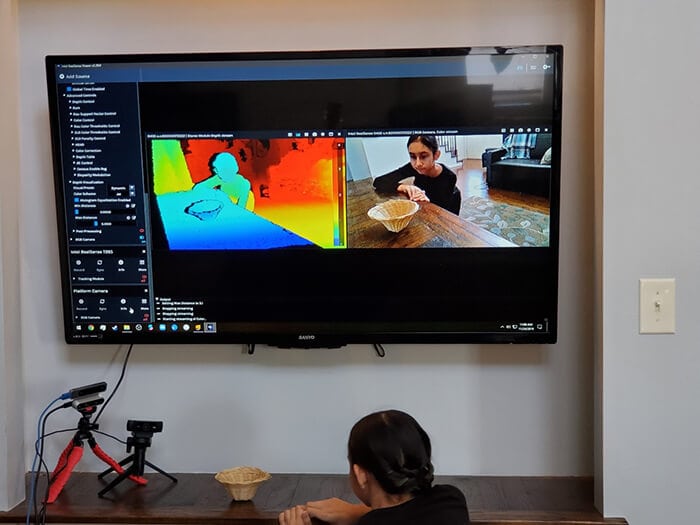 Pictured Intel RealSense tracking and depth cameras. The connector was designed and 3D printed by Stilwell High students supervised by Computer Science teacher Jonathan Ford. This rig is part of a prototype field kit for scanning and documenting people, places and things in remote locations.

In partnership with schools within Cherokee Nation, Tribal leaders and non-profits, they are building a Native-controlled repository for this data, as well as engaging directly with the community in all aspects of these scans. Community members are trained in using and developing the technology, as well as ethnographic methods, a research approach that looks at people in their cultural setting, collects both their deeds as well as their words and studies the way in which they interact with one another and with their social and cultural environment. The product of these projects are true collaborations by and for Native American individuals, families and communities. 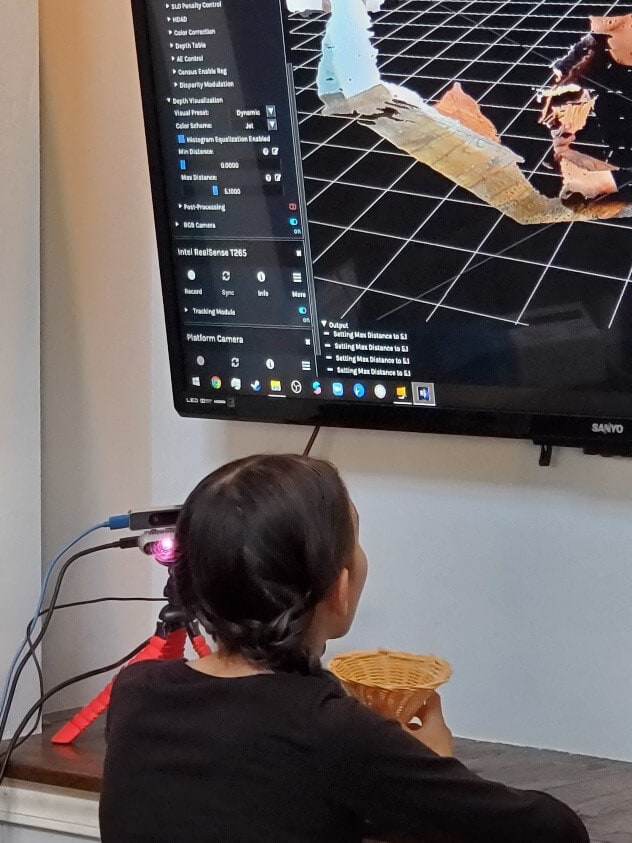